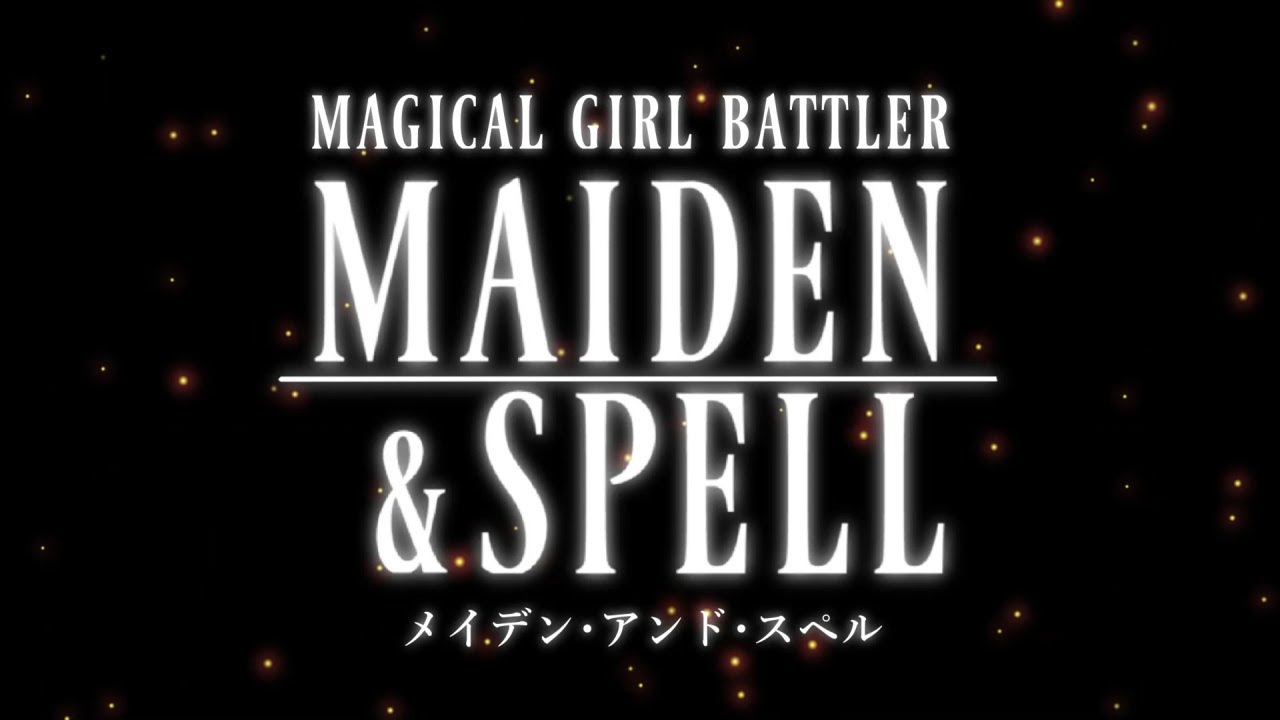 A Barrage Fighter between Magical Girl

Maiden&Spell is a Magical Girl Bullet Hell Fighter featuring a colorful cast of young ladies with fantastic spells.
Not only is there the fundamental of a bullet hell shooter – Evade Massive Curtains of Fire,
But also lay down a clever combination of attacks to Create an Inescapable Bombardment of your own.

Seeking a certain Jewel with great powers, four girls venture into the alleged most dangerous dungeon abyss, called The Great Circle.
However, the monsters that live there block their path.

The curtain rises on the girls’ battle for the mysterious red jewel, and the monsters who guard its secrets.

A Story and a Barrage for each Girl

Story mode features a choice of the 4 adventurers as she makes her way down through the labyrinth.
Delight in the different discoveries each girl makes, as she fights in her own way through the dungeon.

The Bursting Blossoms that Unfold Underground

The stages of Story Mode are structured exclusively around the girls’ unique combat forms.
Loss only resets the stage, so you can challenge the higher difficulty levels without worry.

The signature of any bullet hell game!
Curtains of fire that fill the screen with rounds, rounds and more rounds!

With a limited number of lives, dart between theUltra-punishingly Dense Barrage

The girls each have four types of spell, assigned to one of the face buttons.
Combine the distinct trait of each spell to corner and chip away at their HP in Magnus form to clear the stage!

It Takes Two to Tango

Versus Mode is also available.
Play against the “CPU” or with a friend.
There are characters that are only playable in Versus Mode,
providing even more variety than Story Mode!

Share controllers and face off on a single system.
Grab a friend and go head-to-head anywhere.
Bullet hell battles are sure to heat up any meet up!

Play Online Across the World

Connect to the internet, and face off against players from around the country, and around the world!
And yes, there’s rollback netcode.
Smooth combat, even if you’re halfway around the planet!

A knight serving the Queen of Frost.
She saved the kingdom from certain doom, and is known as its hero.

Her impudence is reflected in her quick steps but grounded swings.
Instead of an Offensive Special she can make a dodge roll.

"Are you a strong monster?"

The archmage serving the Queen of Frost.
She put together the party to investigate the Great Circle,
after reading about the treasure hidden within.
She can drop a large attack over her opponent’s head and can inflict a number of status effects.

Novi Starfall
Drops a meteor
over the opponents head

"Is it really that important?"

A thief who secretly serves the Queen of Frost.
She was an enemy at one time, but now travels with the others.
With delayed daggers, arrows and the ability to go invisible, she proves to be a tricky foe.

Bind
Hinder movement with a
field around the target

A priestess from the Kingdom of Sand to the south.
With mystical powers and a secretive past, she supports the others.
She can send out 2 types of ring attacks around her, or a large explosion directly at the opponents location.

Let. Holy
An attack that spreads out
centered on herself

"We're supposed to be doing things as party..."

The only daughter of the Black Dreadwyrm, and self-proclaimed Queen of the Kingdom of Stars.
She guards the Great Circle and her subjects with a fiery passion.

With fast bullets and a laser that spans the battlefield,
She is a rather aggressive character.

Garnet Flare
Lrradiate lasers that reach
to the edge of battlefield

A monster that recently appeared in the Kingdom of Stars.
She happily follows the Queen’s orders to protect from outsiders.

She fills the area with a flower bed of unmoving bullets,
And locks the movement of opponents, along with her butterflies.

Butterfly Ally
Summons an ally that
attacks nearby opponents

"Um, Welcome
to the Kingdom of Stars!"

A longtime friend of the Dreadwyrm Heir, and resident of the Kingdom of Stars. She dislikes fighting, but reluctantly obliges.

She moves and attacks slowly, but her spells pack a heavy punch.
Her whirlpools and hydra heads soon fill up the field.

Hydra Head
Summons a head that will
eat most spell effects

"You guys are looking for
that stone, right?"

A chimeric fusion of creatures that wields the power of lightning.
A monster through and through, she revels in chaos.
With blinding speed and beguiling doppelgangers,she strikes opponents with shocking attacks from all angles.

Doppelganger
Creates a copy that will
mimic all user attacks